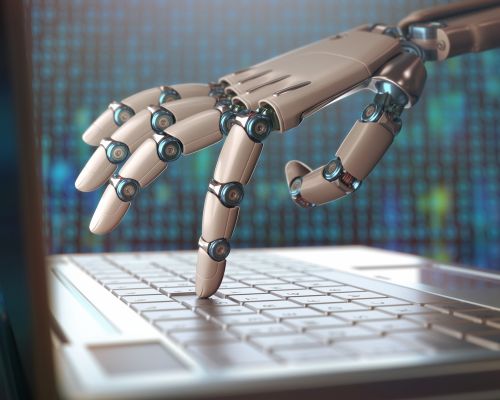 Can artificial intelligence teach you to market on Twitter better? Socialbots, artificially intelligent computer programs designed to mimic users, already operate heavily on Twitter. Some are useful, like those that post weather updates or job openings; while others just spam or harass other users. Either way, they’ve infiltrated the Twittersphere. And you can improve your social strategy by learning from them.

Carlos Freitas, Fabricio Benevenuto, Saptarshi Ghosh and Adriano Veloso created 120 bots with various qualities and let them loose for a month. By examining the  bots' successes, we can apply the lessons learned in an effort to increase followers and influence.

The more active a bot was, the better it did. Their bots had two activity levels: one group performed actions between 1 to 120 minutes after its last action, the other between 1 and 60 minutes. This doesn’t mean group two was writing tweets every hour – actions included tweets, retweets, and following users.

Twitter rewards lots of small interactions over a day. The more content you put out there, the better chance it has to be found. And the more you interact with other users, the more attention they give you. When crafting a strategy, include a lot of user touches, not just content. Go retweet, favorite tweets, and follow people. Twitter isn’t solely a content game.

In selecting who they would target, they sampled from three groups: completely random users, users who had posted a tweet containing a specified keyword, and strongly-connected users linked to an influencer. While the connected network was the hardest to break into, these are the influencers that can collectively have the most effect on your success and are the users most Twitter strategies target.

For your strategy, spend time figuring out what gets notice from the strong network. It takes more effort, but pays off better. If you can break into their circle, you’ll gain follows just by being there. Think about the cool kid group in high school; they could easily make friends because they were already vetted and admired. Keyword targeting matters, but finding the people who talk about that keyword amongst themselves matters more.

Your strategy should include both original content and retweets. A retweet serves dual purposes; it adds content to your followers Twitter stream and it bring your user name to a single user’s attention. Make sure to retweet relevant content by influencer users that you target. It’ll help link you to a strong network of influencers as well as put your brand in front of users.

The best news to come out of this study for social marketers is that you can build up a decent Klout score in under a month just by using the lessons listed above. Some of the study’s bots landed Klout scores in the 40s, which passed respected academics in the targeted field who have spent years building their reputation. If an AI can do it with semi-intelligible tweets, you can absolutely do it with your great content.