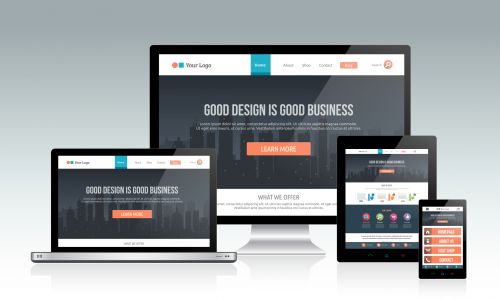 Most tech-savvy forecasters correctly predicted that by the end of 2015, mobile Google searches will outpace the number of desktop queries.The United States and Japan are two of the ten nations where mobile search now dominates, but the historic announcement that accompanied Google's third-quarter earnings report didn't list the remaining eight nations. Here are more details on what this expected shift to mobile search domination means to web developers.

Comscore reported earlier in the year that US mobile queries that included tablets and smartphones comprised 29 percent of total search activity. Then in July, Comscore reported for the first time that time spent on mobile devices (51%) in the US had outpaced time spent on desktop devices (42%). Google CEO Sundar Pichai has further reported that mobile searches now exceed desktop searches on a global level. It's important to understand how Google distinguishes its searches. First of all, the search engine combines tablets with desktops for its desktop search data while mobile search data is based on smartphone usage. Its mobile queries originate from a mix of mobile browser-based searches and the company's mobile search apps. Google has not yet reported the percentages on these breakdowns. It also has not yet released specific figures on how desktop and mobile search queries compare.

One of the factors that keep mobile search numbers lower for Google is that many smartphone users connect to desired sites directly with apps instead of taking the extra step of clicking a link from a search engine. Once a smartphone user downloads apps to all their favorite sites, it reduces the need for searches, except to find new sites. That means Google and publishers miss out on potential ad revenue.

So in a sense, Google and its huge pool of AdSense publishers depend on the survival of desktop search for revenue. So don't expect Google to treat desktop sites or searches as dinosaurs anytime in the near future. In April the search engine's updated algorithm for mobile search dubbed by the web development community as "Mobilegeddon" was designed to reward mobile-friendly websites and penalize desktop-only sites, but only for mobile search. Desktop sites have since not been hurt in Google Search with regard to the mobile search update.

Another factor that may not play into smartphone statistics yet is that the Android Maps app can now be used offline to get directions. The app can also be used offline to find basic business information such as locations, hours of operation and phone numbers. Google is planning a similar offline app for iOS users.