Inbound Marketing: Brand Promotion in the Age of the Ad Blocker 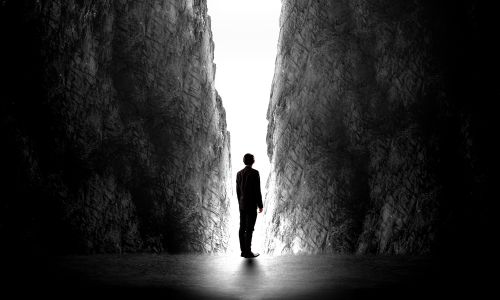 If you’re a marketing professional, you’re familiar with the upheaval Apple’s iOS 9’s ad blocker caused within hours of its general release on September 16th. The launch was soon labeled “Mobilegeddon;” a reference to the software’s ability to block ads on sites accessed via Safari, the default browser for Apple-branded mobile devices.

Anyone who has been online since 1995 has experienced a variety of advertising-motivated intrusions: spam, pop-up windows, pop-under windows, browser redirects, and self-playing media are the worst offenders. Over time there has been a steady stream of technologies (even legislation) that has sought to address the problem of intrusive – or abusive – advertising practices.

The truth of the matter though, is that it’s a small minority of advertisers – those who feel that ‘first at any cost’ is a sound strategy as long as the consumer remembers your name – that have tainted the space for everyone else.

There’s a compelling argument for shutting these advertisers out of the marketplace. It’s the same reason it’s acceptable to sanction a business that blasts its sound system at all hours. Regardless of whether the community occupies the physical or digital environment, citizens and Netizens have a right to peaceful enjoyment. Developers in turn seized the opportunity to mainstream ad blocking technology that iOS 9 presented – initially a ‘for geeks only’ concern – and took their apps to the iTunes market, where within hours they became the top-downloaded apps.

One outcome that was under-reported in all the buzz about iOS 9’s rollout was how consumers’ nascent control may ultimately affect the practice of digital marketing.

“[Consumers now know that] adblocking is now going to be as easy on their phones and desktop computers as it has long been on their television sets.”

Lieb was interviewed, along with Tim Peterson and Sinan Aral, on the October 5 broadcast of NPR’s On Point with Tom Ashbrook. The program’s topic: Ad Blockers And The Internet Of Tomorrow. Her ongoing research suggests that content marketing and inbound marketing are the way forward in the age of the ad blocker.

This shift in the marketing landscape profoundly affects brand managers and e-commerce sites. The former are asking the fundamental question: “if consumers can block our advertising at will, how do we reach them with our brand messaging?” The latter are facing the challenge of continuing to deliver the same seamless login and check-out experience to customers who’ve opted out of tracking. That’s why Marco Arment, the developer of the content-blocking Peace app, pulled his top-seller off iTunes within 48 hours of its release.

What is commonly referred to as ad blocking also has the ability to block the code most of us use every day. It’s what populates your username and password on the office computer terminal, or allows a site to autofill your contact and payment information. If you’re a mobile user (and most of us are) it’s how you can find your way around a strange city, or get the weather forecast for Paris, Texas vs. Paris, France.

The bottom line: the commercial internet of today is financed by advertising. However, Lieb notes, the most ubiquitous form of online advertising simply doesn't work. Banner blindness is the phenomenon in which “up to 85% of consumers don’t see or interact with display advertising.”  Consequently, content marketing and social media management are enjoying a larger share of advertising budgets.

Many publishers have attempted to get ahead of this by making use of native advertising, which is the use of editorial content on the owner’s site, written to promote their own product or service. While definitely better than display ads, even some native ads by publishers are being blocked by ad blockers or by search engines. This means that publishers can lose those coveted rankings if they allow Google to display those search results. While publishers are looking for more user-friendly ways of delivering content, Lieber says, “they’re being attacked on both sides: by the ad blockers and by the Googles of the world.”

Google is, however, willing to let publishers distribute content if they do so on its terms … and their platform. The search giant: “announced an open-source product called Accelerated Mobile Pages (AMP) that will instantly load pages from participating publishers — including Hearst, The New York Times, Vox Media and The Washington Post — when clicked on from Google search, Twitter, Pinterest, LinkedIn or potentially anywhere online.”

While many brand managers and business owners might be new to the term “inbound marketing,” the reality is that the strategy behind it has been alive for quite some time.

We used to call it “SEO,” but it’s evolved to include other tactics in an overall strategy that in addition to blog posts and keyword optimization, also include podcasts, videos, eBooks, white papers, and social media campaigns. Rare Earth was among the early adopters of these tactics, because we realized we could wean our content development clients off PPC campaigns by delivering fresh, optimized content. Our clients happily saved advertising dollars and increased their level of engagement with their audience, and in turn increased their conversions, leads and online sales. Simply put, by making our customers’ sites relevant, their visitors found what they were looking for via organic search, and kept coming back for more.

A growing number of businesses today appreciate the wisdom of supplying consumer demand for relevant, original content without the barrier to entry that comes from intrusive advertising tactics. Visitors to these sites aren’t forced to count down the seconds until the ad disappears or becomes skippable; the content they came looking for becomes available, immediately.

Over time, brands and business owners who adopt this approach experience quantifiable improvements to their online business, simply because they embrace the wisdom of attracting visitors with information. The key distinction being that, because visitors aren’t being held captive by media that they can’t wait to dismiss, they freely engage by their own choice. The website in turn attracts better-qualified leads, saves advertising dollars and builds a solid pipeline of lead-rich traffic that ultimately builds and supports the brand.

Perhaps Sharethrough said it best: Ad Blocking Is Not An Apocalypse. It’s The Beginning Of Better Advertising.